Welcome to the new site!

Menu
My Account
Wishlist
Cart
No products in the cart.
$0.00 Cart

With so many cultures and languages in our world, I find it important to teach students about the Spanish Alphabet. Growing up, I learned the Spanish alphabet. I loved seeing the differences in letters and words compared to the English language. To make things fun for my kids, I created this Spanish Alphabet Interactive Notebook as a spinoff of my other interactive notebooks. The activities are very similar but all relate to the Spanish letters of the alphabet. Let me show you!

How Different Is the Spanish Alphabet?

The Spanish Alphabet is extremely similar to the English Alphabet except that it also has an Ñ, CH, LL and RR consonant sounds. While the letters look the same, they are pronounced differently. You can watch this video to hear the pronunciations if you need help.

While you might think that the words in Spanish start with the same letter that they do in English, they don’t! As you can see in the image above, Rainbow is Arco iris and starts with A, Whale is Ballena and starts with B, and Rabbit is Conejo and starts with C. The kids are always very interested in these differences, so the visuals from this interactive notebook are extremely helpful reminders.

What’s Inside the Notebook?

The Spanish Interactive Notebook comes with a craft as well as three worksheets for each letter. Depending on the skills set and needs of your kiddos, you can use all of the activity pages, or just some of them. It’s up to you to customize it the way that works best.

Each craft is the letter in question made to look like an object or animal that starts with that letter. The first activity page allows students to trace the capital and lowercase version of the Spanish letter and cut and color objects that start with that letter.

The second activity page option lets students color objects that start with the letter, while leaving objects uncolored that don’t start with that letter. Below that is an opportunity to sort capital and lowercase letters of the Spanish Alphabet that correspond to the letter the kids are working on.

The final activity page has students using colored pencils, markers, crayons or paint daubers to mark all of the letters that match the letter being worked on. Then, students can stamp the letter, rainbow write the letter and create the letter using stickers.

How To Assemble The Spanish Notebook

If you aren’t interested in the craft option, you can print the coloring pages that are included in the download. Students can glue the pages to their notebooks and color the image while you discuss the letter. This is also a great morning work option to warm students up for the day’s activities.

Other Things To Know

This Spanish Alphabet Interactive Notebook comes with step by step directions for assembling the craft pages. This will make it simple for you to prep ahead of time. I have also included Spanish versions of all of the directions and assembly instructions.

Hopefully this Spanish Alphabet Interactive Notebook is useful for your and your little learners! Hi, I’m Laura and I am the creator of Crafty Bee Creations.  I am a former preschool teacher turned business owner that now creates educational resources for teachers in the classroom, homeschool, and daycare setting.  I have a passion for designing craft resources that are not only fun and engaging but work children’s fine motor skills too! 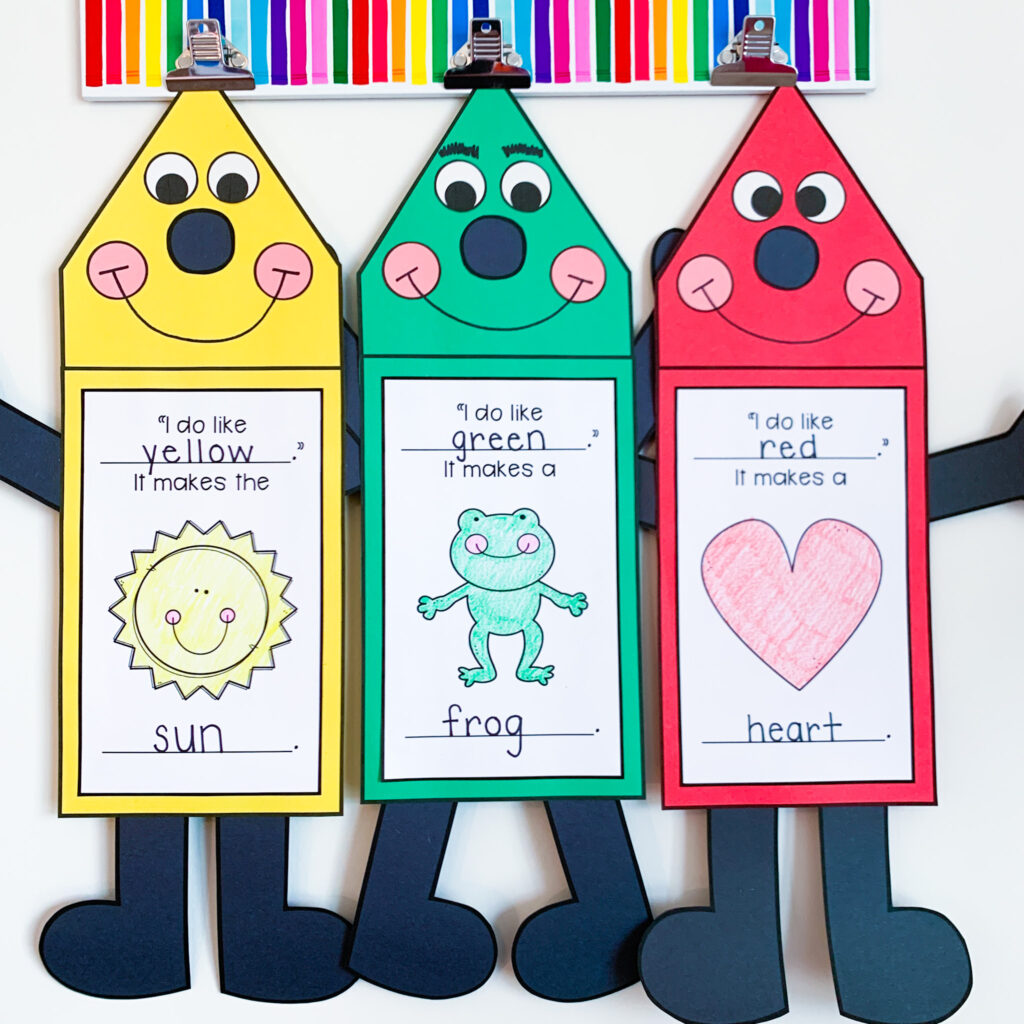 Join the list and this craft will come to your inbox right now!

New In The Shop Want the password to an exclusive library of FREE resources? Sign up below to get weekly newsletters from me with craft resources, freebies, ideas, and more, all straight to your inbox! We use cookies on our website to give you the most relevant experience by remembering your preferences and repeat visits. By clicking “Accept”, you consent to the use of ALL the cookies.
Cookie settingsACCEPT
Manage consent

This website uses cookies to improve your experience while you navigate through the website. Out of these, the cookies that are categorized as necessary are stored on your browser as they are essential for the working of basic functionalities of the website. We also use third-party cookies that help us analyze and understand how you use this website. These cookies will be stored in your browser only with your consent. You also have the option to opt-out of these cookies. But opting out of some of these cookies may affect your browsing experience.
Necessary Always Enabled
Necessary cookies are absolutely essential for the website to function properly. These cookies ensure basic functionalities and security features of the website, anonymously.
Functional
Functional cookies help to perform certain functionalities like sharing the content of the website on social media platforms, collect feedbacks, and other third-party features.
Performance
Performance cookies are used to understand and analyze the key performance indexes of the website which helps in delivering a better user experience for the visitors.
Analytics
Analytical cookies are used to understand how visitors interact with the website. These cookies help provide information on metrics the number of visitors, bounce rate, traffic source, etc.
Advertisement
Advertisement cookies are used to provide visitors with relevant ads and marketing campaigns. These cookies track visitors across websites and collect information to provide customized ads.
Others
Other uncategorized cookies are those that are being analyzed and have not been classified into a category as yet.
SAVE & ACCEPT
You can`t add more product in compare